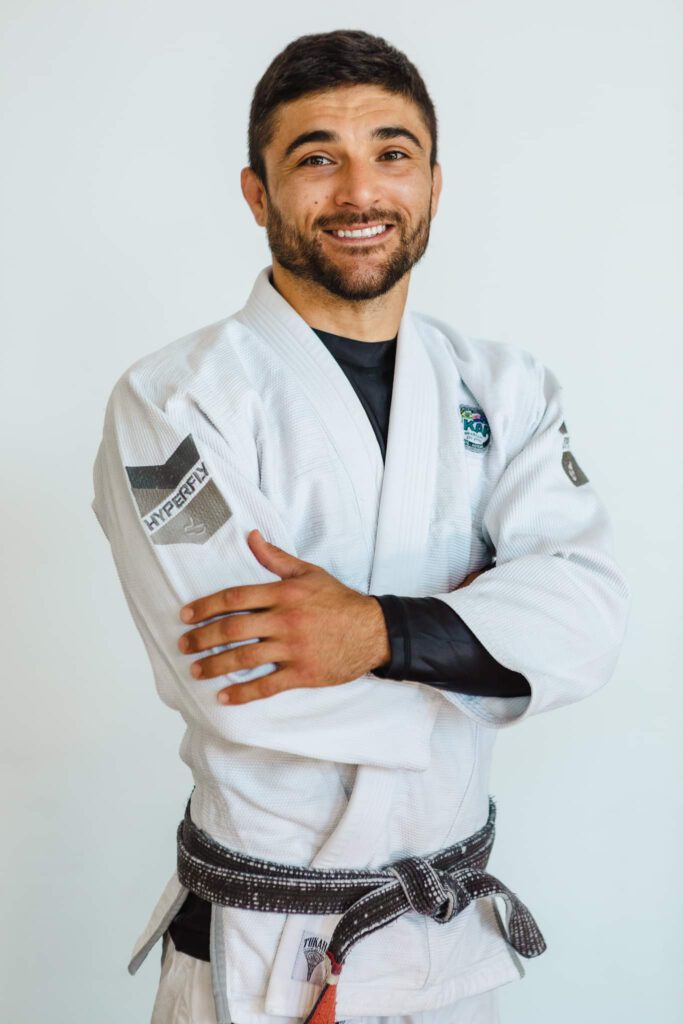 Whilst working his way from white belt to black belt, Felipe earned a NZ championship title, an Auckland Inter-Clubs title and many other placings in tournaments. 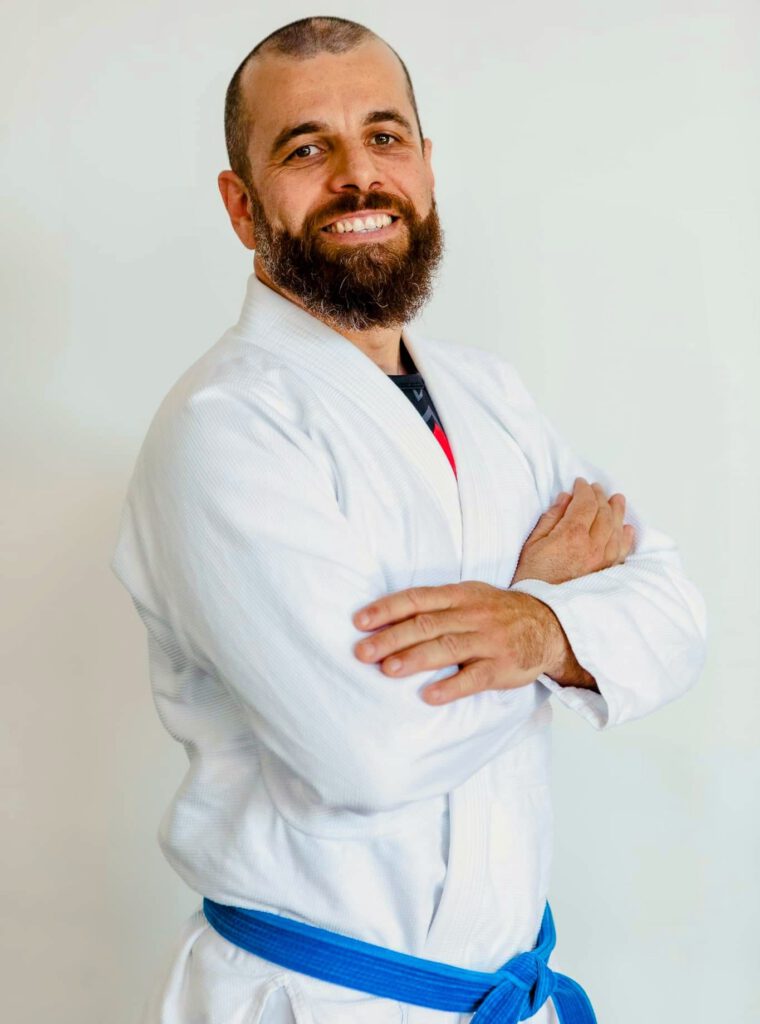 Sergio was born in Florianópolis-SC – Brazil. Raised in Lagoa da conceição, Sergio practised Traditional Japanese JUDO for kids, at LIC (Lagoa Yacht Club). When Sergio was 16 he had his first taste of Traditional Brazilian Jiu-Jitsu but decided to train Tae Kwon-do instead and became a Black belt.

Sergio battled through a prolonged period of sickness, at some stage life-threatening. A doctor suggested that he should resume martial arts and that was the beginning of Sergios Brazilian Jiu Jitsu journey. He enrolled at Gracie Barra (Brazil) and made a commitment for himself, no matter what its take I will be a Jiu-Jitsu Black Belt and help my community to be a better place day after day… how? By telling people you can too. It doesn’t matter if you are over 40 or under 10 years old. Jiu-Jitsu is for everyone and no matter who you are on the TATAMI (mats) you cannot lie. Here is where you show you are and I can tell a lot about people just the way they train or they roll… 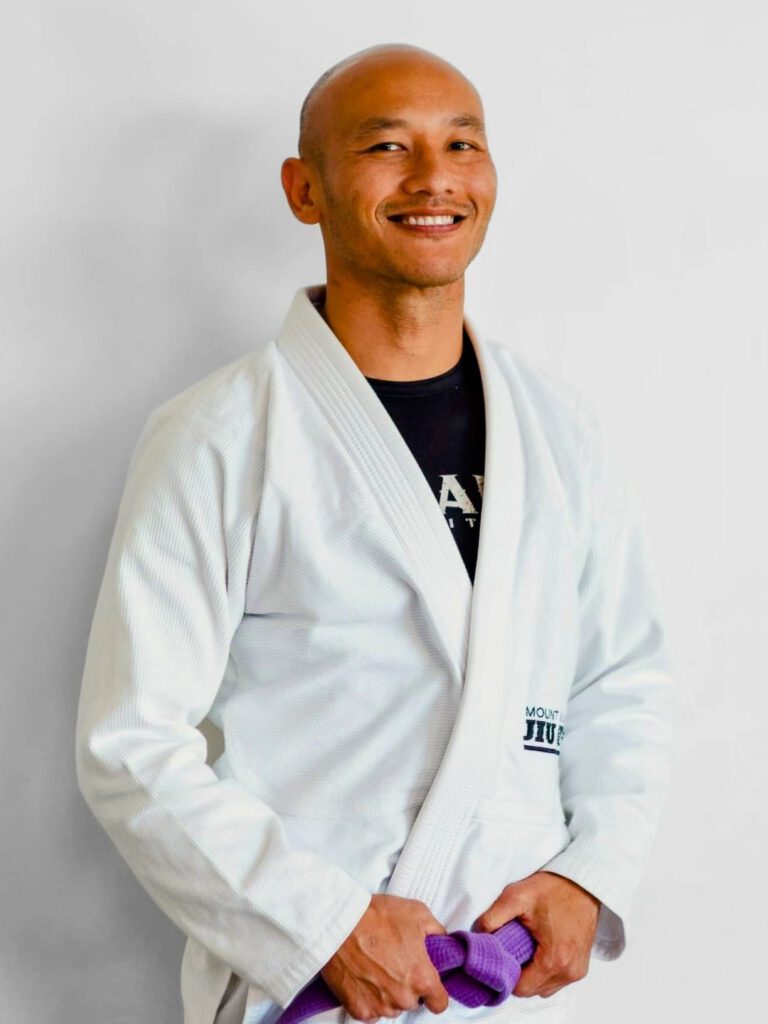 In my 20’s, I enlisted in the army and served as a Basic Military Training Instructor for the Singapore Armed Forces. I went on to study Architecture in Australia, graduated with a BA Psychology in New Zealand, achieved certification in personal training and became a Personal Trainer/Boot Camp Instructor with Les Mills. I spent time exploring North and Central America, Europe, Asia, and worked with expatriates in Singapore helping them with their fitness goals. Fast forward to 2016, I settle in Papamoa Beach, discover Brazilian Jiu Jitsu and receive my blue and purple belts under Professor Felipe Santos.

Brazilian Jiu Jitsu is an excellent vehicle for self-improvement physically, mentally and spiritually. It is a culture of order, structure, cleanliness, politeness and respect. 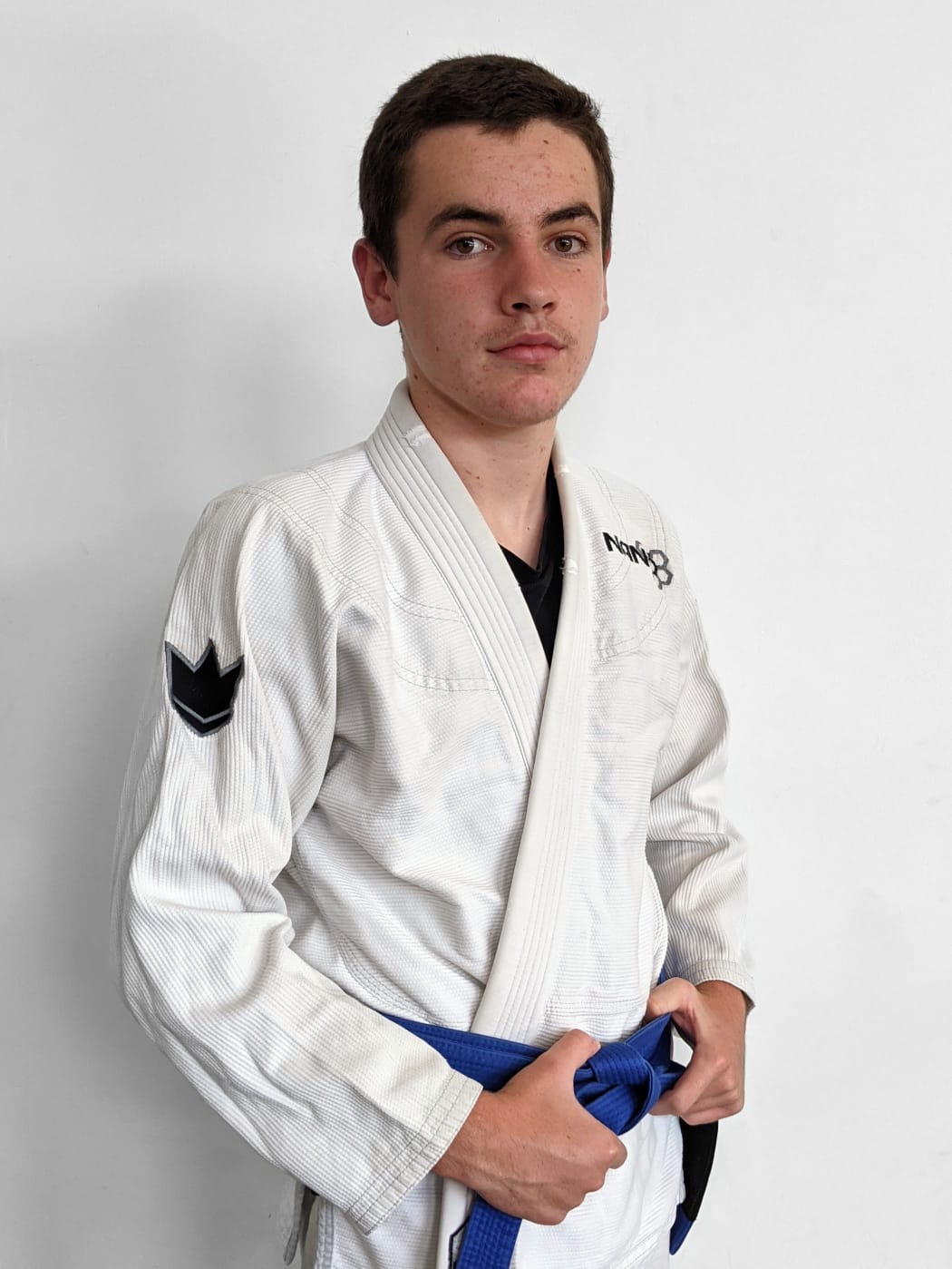 Hello, my name is Kale McGrath.  I am currently a blue belt training under Felipe Santos and enjoy both coaching and training at Mount Maunganui Jiu Jitsu. I have been practicing the art of BJJ since late 2017 and I am currently in the pursuit of developing and perfecting my Jiu Jitsu game. I hope with time, perseverance, and dedication to become one of the top grapplers in New Zealand.

I have a passion to learn the fundamentals and techniques of Jiu Jitsu.  I believe that a great trainer is one who holds people accountable while inspiring them along the way with support, encouragement, and motivation, all of which I have gratefully received from the coaching team at MMJJ.

I am currently coaching teenage classes where I enjoy supporting kids in developing confidence and achieving their BJJ goals. I am nearly in my last year of school, studying at Papamoa College where I have chosen subjects that encompass my love of Sport and Health.